Portfolio > THE CITY AND THE SHADOW 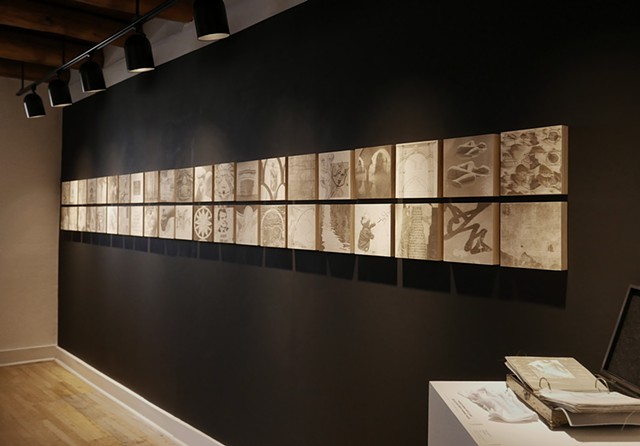 The City and the Shadow installation
Mixed media monoprints 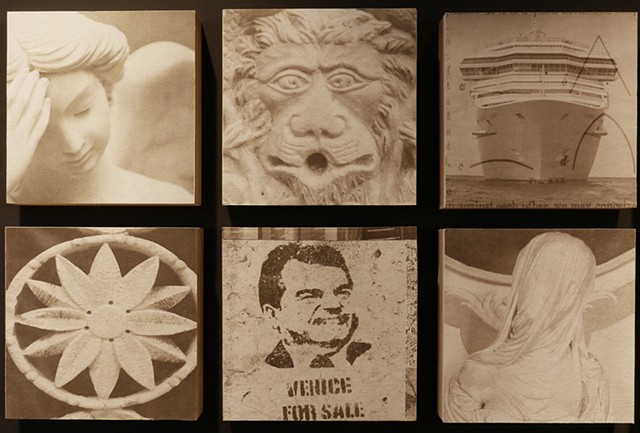 The City and the Shadow, installation closeup
Mixed media monoprints 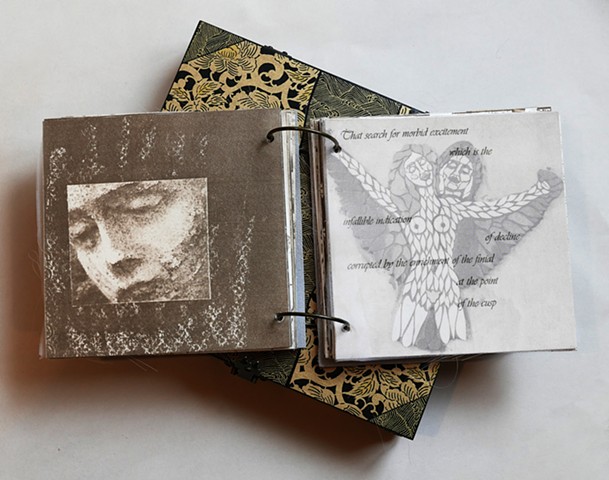 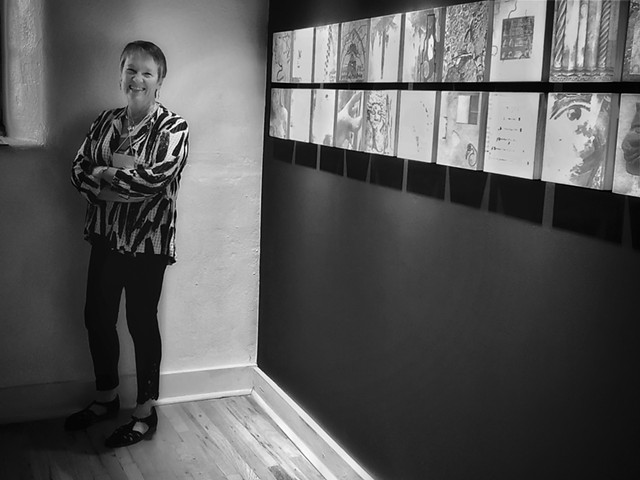 Studio 238: Robbie Steinbach, “The City and the Shadow”

Where: Studio 238 at The Harwood Museum of Art, 238 Ledoux Street, Taos, New Mexico

The Harwood Museum of art is pleased to announce the Studio 238 featured artist for December, Robbie Steinbach, with her new body of work, “The City and the Shadows.” In reaction to a recent artist residency in Venice, Italy, Steinbach shares with the Taos community a series of monoprints that offer a meditation on time, beauty, fragility, danger, and the resiliency of imagination.

In Steinbach’s statement, she explains, “It’s become a cliché to mourn for Venice in its beautiful decrepitude. But this ancient improbable city, floating on sandbars and wooden stakes, is more besieged than at any time in its history. Climate change is causing rising seas, and each day cruise ship behemoths disgorge thousands of tourists onto the canals and into the campos.”

In the 1850’s, John Ruskin wrote Stones of Venice, his three-volume meditation on art and architecture. His love for the city shone forth in his discursive prose and delicate drawings. He described it as “a ghost upon the sands of the sea…so quiet, so bereft of all but her loveliness, that we might well doubt, as we watch her faint reflection in the mirages of the lagoon, which was the City and which the Shadow.”

Steinbach’s residency and her exploration of the city in the 21st century reveals a different love of this evocative place “with water running through its veins. Over the years I have spent months wandering its labyrinth. But it is difficult, in these perilous times, not to also see Venice as a microcosm of our human greed, our fears for the future, our longings for loveliness.” Incorporating Ruskin’s drawings and text into her own photo-based monoprints, Steinbach presents a contemporary visual dictionary of the city of Venice, a surreal pattern-language of a city overcrowded and sinking. Her ochre prints of timeworn Venice delicately tease the viewer into a nostalgic gaze, while images of graffiti and the impact of tourism also fill the multi-panel display.

Robbie Steinbach is a printmaker, photographer, and book artist. She has lived in Taos since 2001, and formerly taught classes in photography and women’s studies for UNM-Taos. Steinbach has had many solo shows over the years, including a one-woman show of prints and artist books at the Millicent Rogers Museum in 2008. She has been granted three artist residencies in Venice, Italy, under the auspices of the Emily Harvey Foundation. Her printmaking and photography have investigated such diverse subjects as roller derby women in Taos, the colorful denizens of Caffe Tazza, phrenology, feminism, and geometric abstraction in Spain and Morocco. Steinbach has published several photographic books, including those profiling creative women in Iowa and in Taos, NM.

Studio 238 is a pop-up gallery exhibition at the Harwood Museum of Art offering contemporary local artists an opportunity to show their work. These rotating one-month exhibitions provide a space for new series of works, experimental or traditional, to both established and emerging local artists.