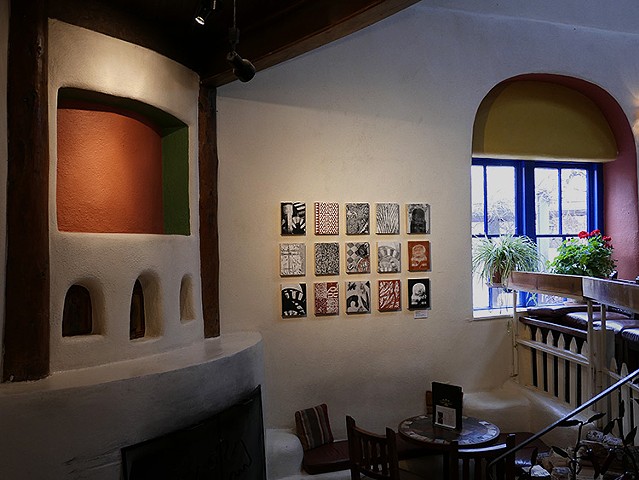 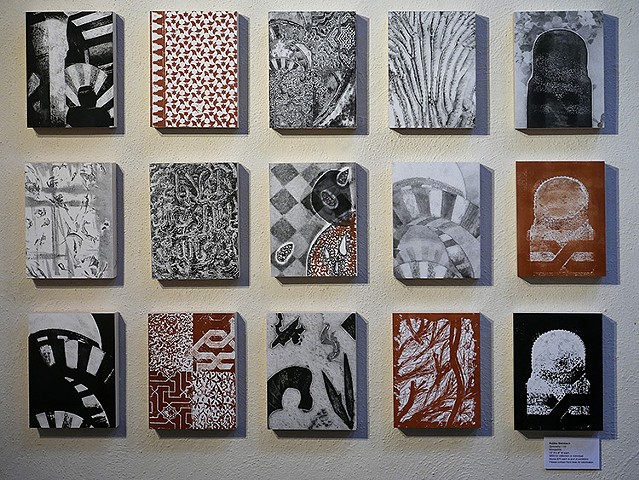 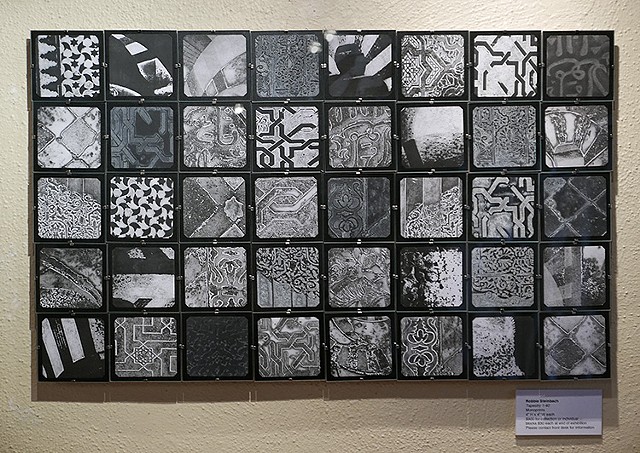 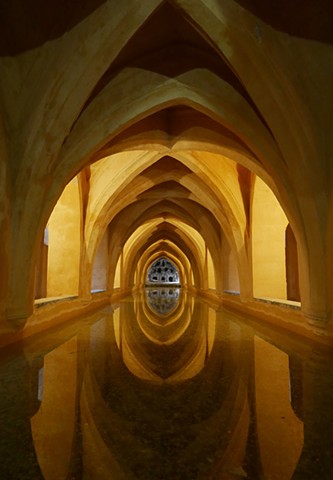 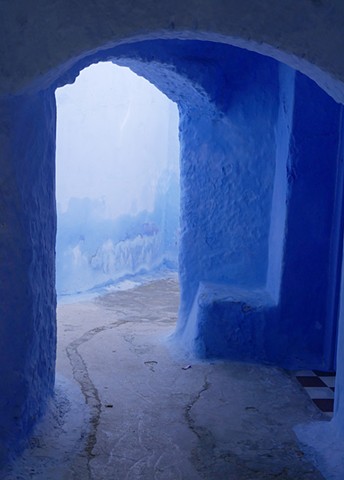 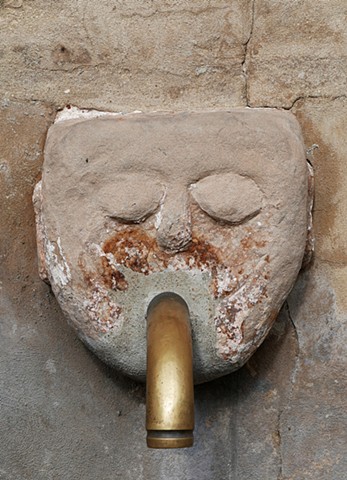 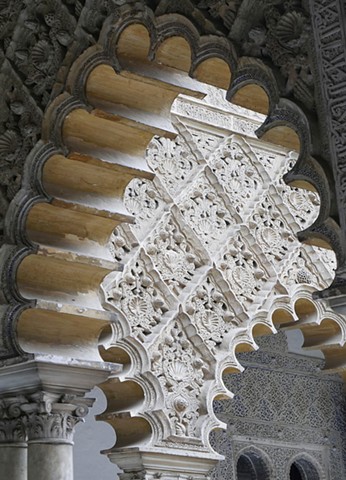 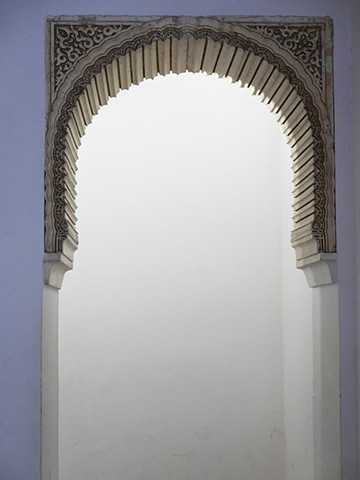 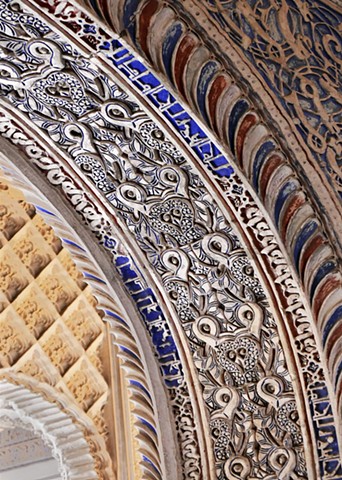 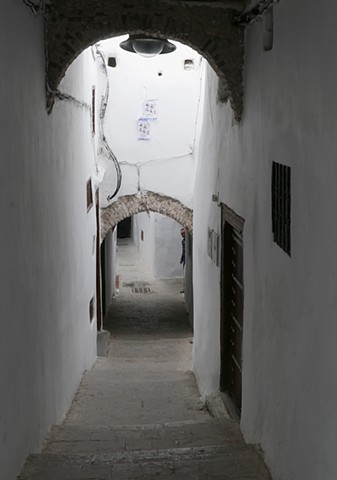 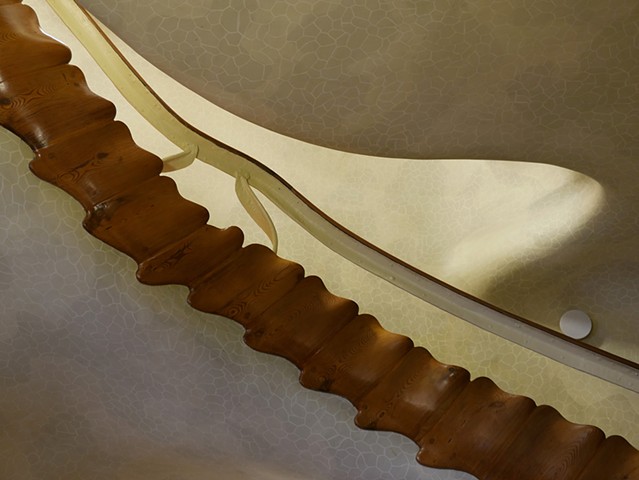 From my 2018 exhibition at the historic Taos Inn: The ancient buildings in Spain and Morocco are a tapestry of stone created by repeating arches and interwoven lines, crescents and diamonds, letters entwined with vines, feathers, and leaves. They are “geometry of the spirit.” These edifices originated during an eight-century experiment in which communities of Jews, Christians, and Muslims lived and worked and debated side by side. This extended experiment, called the convivencia, has not been equaled since. It had its setbacks and atrocities, but also led to innumerable scientific, artistic, and literary advances during long stretches of relative peace. In our current divisive times, much could be learned from this crucible of cultures. The exquisite Alhambra, erected during this time, has been described by Salman Rushdie as “the palace of interlocking forms and secret wisdom, of pleasure-courts and water-gardens, that monument to a lost possibility that nevertheless has gone on standing long after its conquerors have fallen; like a testament to love that endures beyond defeat, to that most profound of our needs, to our need for flowing together, for putting an end to frontiers, for the dropping of the boundary of the self.”