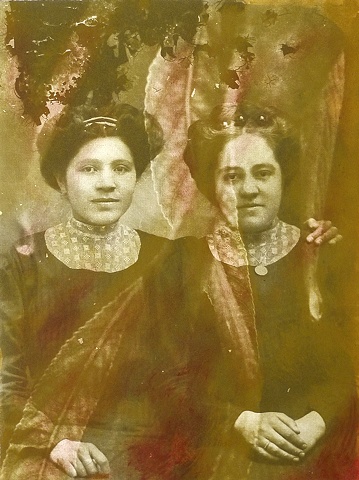 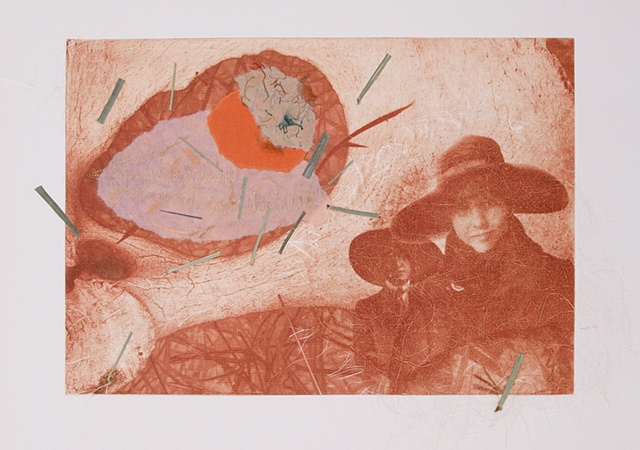 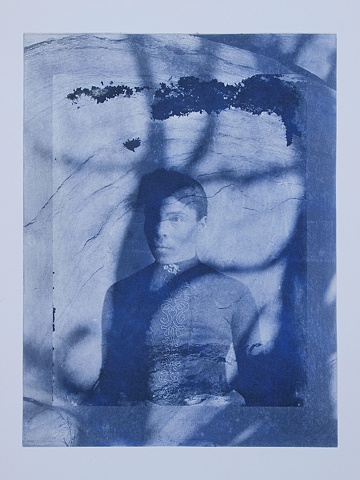 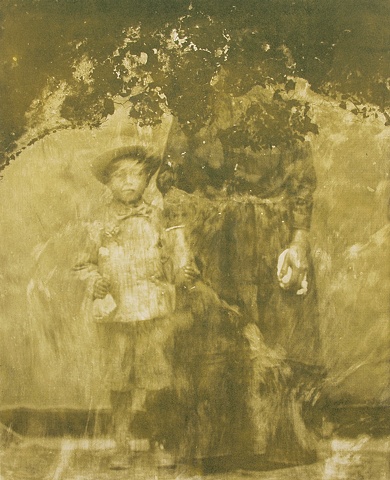 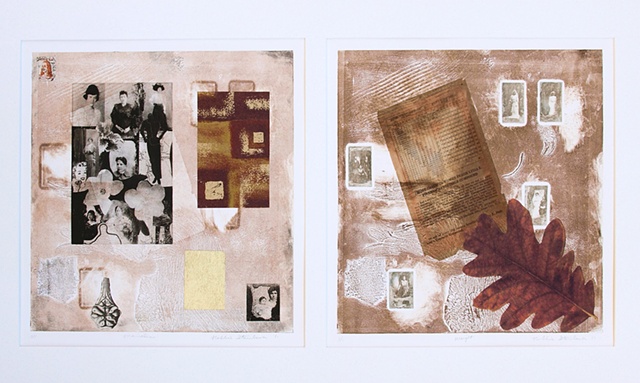 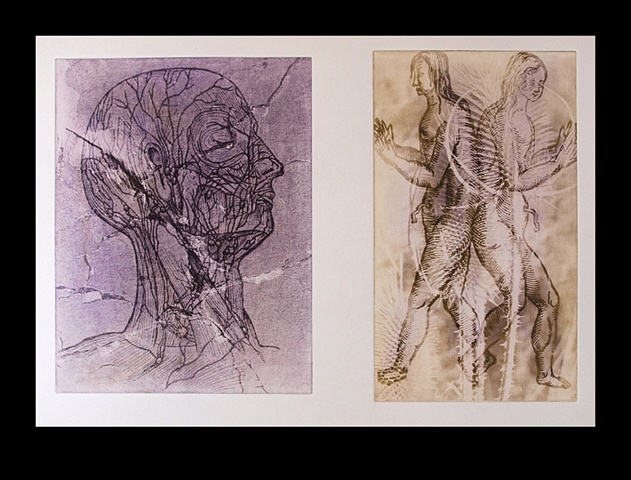 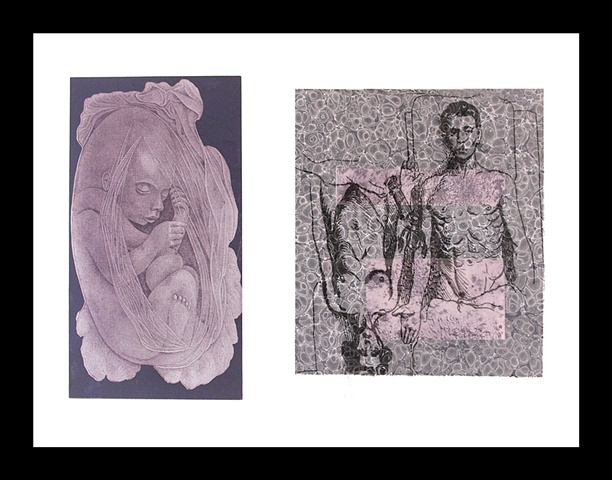 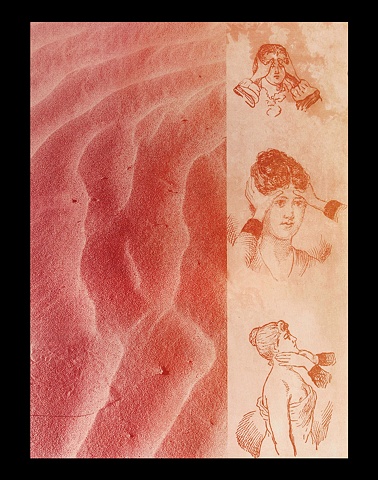 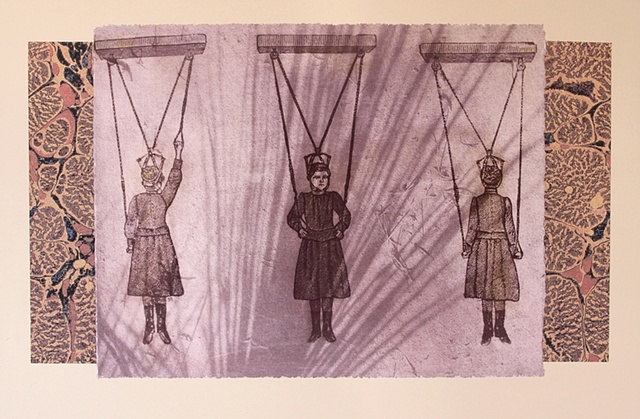 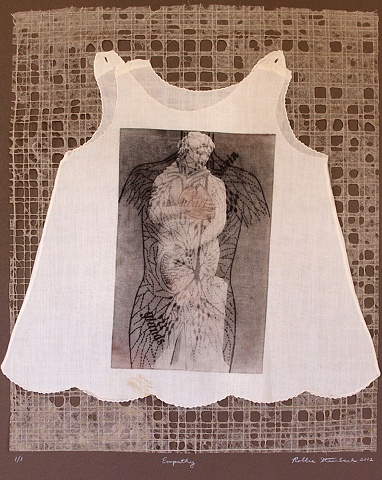 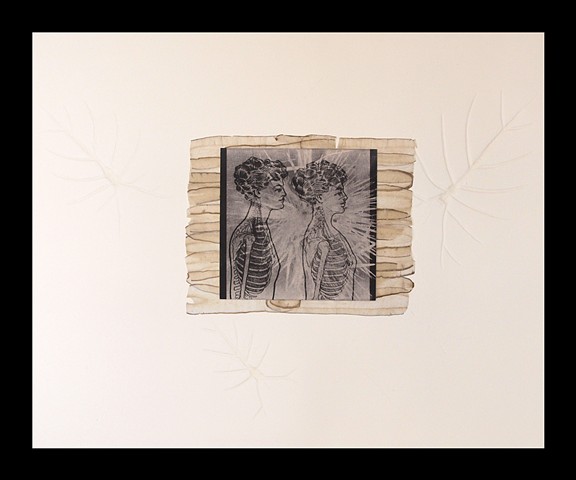 In the first series, I have created artworks that combine close-up details of nature with portraits of Albuquerque women from the early 1900's. Each separate image conveys its own meaning, but together they imply new narratives and relationships, raising questions about the fragility of environment, memory, and culture.

The second series, beginning with the print entitled Statute of Limitations, was inspired by recent political attacks on women's reproductive rights. All of the titles were taken from current news articles about gender politics.

Solar etching is a printmaking process. A digital photographic image is made, either shot originally with a digital camera or scanned from film. Then a positive transparency of the image is printed on the computer. The transparency is sandwiched with a light-sensitive plate called a solarplate, and exposed to light. It is then developed with water, which washes out the unexposed areas. The plate is inked and run through a conventional printmaking press. I often combine the original photographic images with drawings, collage, colored inks, inkjet prints, and chine colle papers, creating one-of-a-kind mixed media monoprints.